The Ask a Lawyer project was founded in January 2016 by Zhanat Alimanov and Mikhail Kolomin on the basis of the Legal Clinic of KIMEP University and the PARAGRAPH information system.

The main objective of the project is to provide free legal aid online to those in need, as well as to enable students of the law faculty of KIMEP University to develop and improve their professional skills within the walls of the university.

Legal assistance is provided by the best students of the KIMEP University School of Law and is thoroughly tested by teachers of the School of Law.

Founders of the program 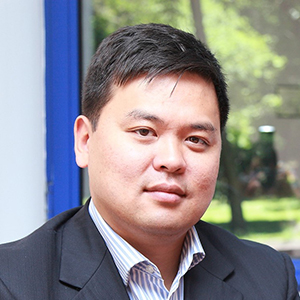 Master of Laws (LL.M.), Duke University School of Law, Durham, North Carolina, 2000
Diploma in Law, Kazakh Humanitarian Law Academy, Almaty, Kazakhstan, 1998
Zhanat Alimanov throughout his career held leadership positions at various levels, including the position of executive director of the Sapienti Group, head of the executive board of the Kazakhstan Association of Independent Directors, as well as a member of the Board of Directors of the Kazakh national company SEC “Sary-arka”. He has legal practice in the state of New York, USA (New York Bar Association). 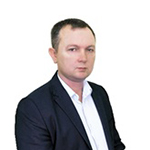 Mikhail Kolomin is the General Director of “YurInfo” LLP. Born on January 18, 1982 in the Almaty region, Talgar district. In 2004 he graduated from the Faculty of Law of ASU named after Abay. Since 2004, he began working at YurInfo. 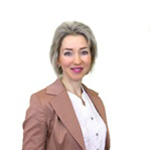 Chernogritskaya Elina is the chief editor of the PRAVMEDIA portal. Born on February 21, 1979 in Almaty. In 2000 she graduated from the psychological and pedagogical faculty of ASU named after Abay. In 2005 she graduated from the Faculty of Business Law of KazGUU. Since 2009, she began working in the Paragraph information system. 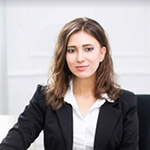 Tatyana Khavratova was born on February 8, 1994 in Almaty. In 2017, she graduated from KIMEP University School of Law. During her studies, she actively participated in student life, made a significant contribution to the development of KIMEP law school, in particular, she led and participated in many projects with the participation of IP Paragraph, Center for International Private Enterprise (CIPE), and the Chamber of Legal Advisers “Kazakhstan Bar Association” », International law firm Allen & Overy, etc. In 2017, Tatyana began her practice and currently works as a lawyer in the law firm Egen Gregory. Tatyana mainly specializes in corporate and commercial transactions, including cross-border mergers and acquisitions, as well as the creation of joint ventures. 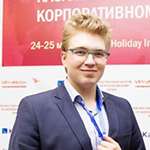 Kirill studied at KIMEP University in 2015-2019. He began to participate in the “Ask a Lawyer” project as a consultant from the 2nd year, in 2018 he was appointed project coordinator. Right after joining the project, Kirill introduced the new Ask the Lawyer project management system, which exists to this day. The new project management system has increased the efficiency and speed of work. So for the period 2018-2019, 131 online consultations were given, which is two times more than in the period 2017-2018. During the performance of his duties, Kirill made many innovations and laid down an effective project management system that allowed students to more effectively give advice and also feel themselves like real lawyers. 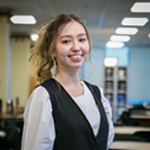 Alfiya Sharipova is a 3rd year student of the School of Law at KIMEP University, has been participating in the project since 2018. Alfia joined the project at the beginning of the 2nd year of study at the faculty. Alfiya is currently a partner in the Ask a Lawyer project. Alfia’s responsibilities include checking the quality of consultations and their compliance with the current legislation of the Republic of Kazakhstan. Alfia, together with other partners, has made a great contribution to improving the quality of consultations. Alfia firmly believes that the Ask a Lawyer project is a great opportunity for law students to acquire the skills necessary for a successful career in the future. 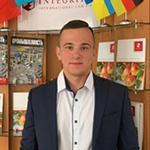 Roman Zabiyakin is a 3rd year student at the KIMEP University Law School, has been participating in the project since 2018. Roman joined the project at the beginning of the 2nd year of study at the faculty. Roman began participating in the project as a consultant and gained valuable experience advising in the field of corporate, labor, land and other branches of law. Roman is currently a partner in the Ask a Lawyer project. As a consultant, Roman performed more than 15 online consultations in various branches of law, and as a partner he oversaw more than 30 cases in such branches of law as civil, administrative, labor and other branches of law. According to Roman, the “Ask a Lawyer” project has great social significance and is a kind of innovative project, equally useful for both students and people who turn to the project for help. 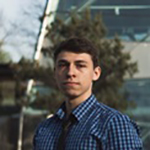 Danil joined the project at the beginning of his second year at the faculty. According to Danil, the first months in the project were not easy. The participants were faced with new branches of law, as well as with responsibility represented by tight deadlines, quality control of consultations and, without exaggeration, responsibility for the state of affairs of their client. Danil gained good experience advising in the field of public procurement, banking, family and other branches of law. Danil believes that “Ask a Lawyer” is a socially significant project, as well as a valuable source of knowledge and skills.

1. The project “Ask a lawyer” was launched on the PRAVMEDIA portal in January 2016. And the preparatory work began long before that – in mid-2015.
From the very beginning of the project, the students of the KIMEP Law Clinic have been taking an active part in it.

Achievements:
At the moment, from 2016 to 2019, project participants have provided online consultations on more than 300 cases in such fields as civil law, administrative law, labor law, land law and other industries.

How to become a member of the Ask a Lawyer project?

The managing partner of the project, together with partners, conducts a casting to join the project at the beginning of each academic semester. To test the level of knowledge, the future participant is invited to write a standard memorandum.

If you want to gain professional experience, strengthen your theoretical knowledge in the field of law, integrate your knowledge into practice, we are looking forward to seeing you in the Ask a Lawyer project.