Annual Alumni Reunions are organized as part of the Corporate Development Department’s mission of building a network of KIMEP graduates. This time it was in a format of Intellectual game.

The Reunion took place in KIMEP Campus, Sports field. 100 Alumni from different years and programs attended the gathering. KIMEP University was represented by Dr. Timothy Barnett, Provost and General Deputy to the President, and the Deans.  Dr. Barnett welcomed all attendees and thanked them for coming to KIMEP and briefed them on KIMEP major accomplishments, last news and achievements.

9 teams competed (6-10 participants), including a team of Faculty, KIMEP administration and representatives of the first Alumni (1994-1997). There was also a 2019 alumni team.

In the break between the blocks of the game, all participants could have dinner and communicate with each other. The winner team with Capitan Darkhan Seilgazin received branded caps and KIMEP bags and a prize from the general sponsor of Scat Airlines. In addition to the main competition, a separate competition was held with a prize from Scat Airlines, the winner of which was Yerkin Kubenkulov. After the awards and photo shoots, participants could continue to communicate and network.

The significance of the moment was emphasized by the graduates taking pictures with each other and cheering each other up for victories – in the game and outside of it. Thus, the main goal of the annual alumni reunion was accomplished: once again KIMEP connected its former students in a joyful environment.

Some feedbacks: Did you like the format of the Reunion as Intellectual game?

“Yes indeed I really enjoyed the format of the reunion as an Intellectual Game, as it was both fun and challenging, but also an efficient way to break the ice between diverse groups of graduates.”

“Yes, it was unusual type of the event that is trendy nowadays.”

“Thank you very much for arranging this reunion for us! It was awesome!!! I totally liked the format and looking forward to future events.”

“I liked the format of Intellectual games. Please remain this in the future. I can suggest add more games.” 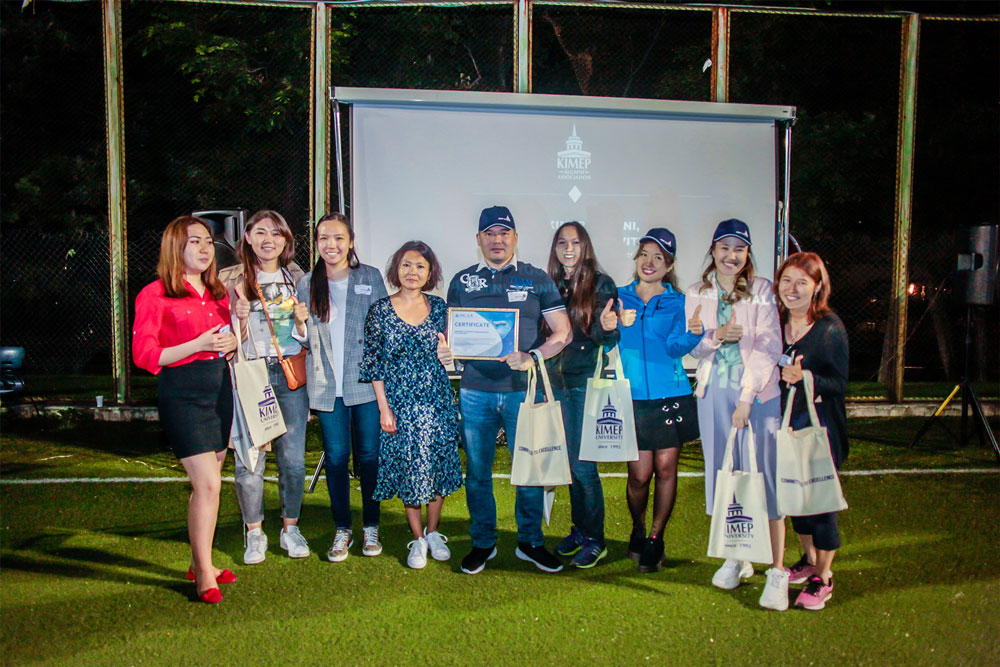