The Bachelor of International Law program provides a high-quality education in the legal regulation of the inter-State relations, of the private relations between natural persons and the legal entities, and of the business relations between partners representing different jurisdictions. This knowledge and acquired skills will allow graduates to become effective lawyers in public and private sectors: State organs, international inter-governmental and non-governmental organizations, private companies, and law and consultancy firms.

The Program Objectives of the Bachelor of International Law are:

Intended learning outcomes for the Bachelor of International Law program are that the student is able to:

MINOR IN LAW FOR UNDERGRADUATES

The School of Law offers students of other colleges two types of minor in law programs: 1) Minor in Law; and 2) Minor in International Law

Private International Law is the study of private international law relationships from the point of view of the jurisdiction of domestic courts, the substantive law applicable to those relationships, as well as international cooperation between domestic courts of different jurisdictions. Students will learn about jurisdiction rules, conflict of law rules, and recognition of foreign judgments and international cooperation through the study of the domestic law and treaties of Kazakhstan. Ample used will be made from real life case studies, as well as hypothetical sets of facts to which the law has to be applied in order to find possible solutions. This course is very useful for all those students who wish to pursue a career in litigation.

This course provides a comprehensive overview of the structure and substance of the EU and Kazakh competition rules, with some comparative references to other systems, examining both the current legal framework and the underlying competition policy considerations that have informed their application and development. Moreover, this course will look at regulatory alternatives to competition law, which is the direct intervention of a Government in economic regulation.

The course explores the regulatory framework governing international trading relations. It begins with the economic theory of international trade and in particular the case for free trade, then examines the politics of trade policy and objections and sources of opposition to free trade. The following topics are examined: international economic institutions, the Bretton Woods System, the GATT/WTO, Preferential Trade Agreements, international regulation of tariffs, national tariff administration, the principles of nondiscrimination. This course will emphasize the role of developing and transition countries in global trade and the impact of the current regulatory framework on these countries.

Through lectures, seminars and practical exercises, this course studies the new constitutional order of the EU and covers the most important substantive areas of EU law such as Free Movement of Workers, The Right of Establishment, Freedom to Provide Services, and Free Movement of Capital. These core rights developed over decades through decisions of the ECJ, Community Regulations and Directives, and supplementary concepts such as free movement of goods and EU Citizenship. The course is closely related with the practice of international relations and law.

This course is a basic introduction to International Human Rights law. Through lectures, seminars and practical exercises, the course will acquaint students with every significant aspect of this critical field including its history, theory, and practice. Beginning with a focus on the historical origins, philosophical foundations and the emergence of the concept of human rights, the course will go on to cover such topics as: the United Nations human rights system, the Universal Declaration of Human Rights and United Nations Charter; the various generations of rights – including political, civil, economic, social and cultural rights – and remedies for human rights violations including the use of force and humanitarian intervention; major international and regional human rights conventions and other related legal instruments and organizations; and the mechanisms for the implementation human rights and the reporting of violations, including through the advocacy efforts of NGOs.

This course deals with the international law applicable to the rights and obligations of foreign investors and States of the place where the foreign investment is made. The course will have two parts: substantive and procedural. The substantive part will study the rights and obligations of foreign investors and national States, as included in Bilateral Investment Treaties (BITs), other international instruments, as well as in customary law and which protect the investment from unlawful State actions such as expropriation without appropriate compensation or unfair and inequitable treatment. The procedural part will deal with the different dispute resolution mechanisms between foreign investors and national States, focusing on arbitration under the Washington Convention of 1965 and the International Center for the Settlement of Investment Disputes (ICSID).

Acknowledging the importance of energy on a global scale, and particularly to the economic development of Kazakhstan, this course explores the agreements/contracts/treaties and negotiations between states (public) and multinationals (private) in the exploration, supply of, and investment in energy resources. The course examines the role of major players in energy resources including international organizations in the energy sector, such as OPEC, the OECD, the IEA, the UN, the EU as well as NGOs. Students are expected to be able to apply the law and principles to real case study questions, as well as to hypothetical sets of facts presented by the lecturer in each class. Ample use will be made from the jurisprudence and practice of foreign states.

There is no area of international law that is not, to a lesser or higher extent, regulated by a treaty. This course offers a comprehensive overview of the foundations, principles and sources of the law of international treaties (LIT), clarifies the role of bilateral and multilateral treaties between states as well as treaties of international organizations, and explains the very notion of a “treaty”, together with the key role it plays in the system of international law. The main sources of treaty law such as the Vienna Conventions of 1969 (VCLT), 1978 and 1986 are considered and characterized. Key issues such as the treaty-making process, stages and the role played by domestic law, treaty parties, the relationship between treaties, customary international law and rules of jus cogens, as well as the role of the language in treaty-making are discussed.

The course focuses, in a detailed fashion, on the 1961 Vienna Convention on Diplomatic Relations, the 1963 Vienna Convention on Consular Relations and other treaty-based and customary sources of international law dealing with the regulation of official bilateral or multilateral relations between States. Through lectures, seminars and practical exercises, the course covers the organization and functioning of permanent and temporary diplomatic missions, the legal status of diplomatic, administrative and technical, and service staff under international law, and the Republic of Kazakhstan’s legislation on diplomatic and consular service.

The course includes lectures, seminars and practical exercises and deals, on the one hand, with the prohibition of the use of force in international relations (Article 2(4) of the UN Charter) and lawful exceptions from this prohibition, and, on the other hand, with the international law of armed conflict (ILAC). In the first part, States’ inherent right to individual and collective self-defense, the UN collective security regime, peacekeeping and peace-enforcement, “humanitarian intervention”, the Responsibility to Protect, and other relevant legal regimes are dealt with. The second part of the course is devoted to the legal regulation of the conduct of hostilities and the protection of victims of international and non-international armed conflicts.

The course focuses on the application of taxes and tax law in the international community as it relates to individuals, businesses and government agencies conducting cross-border commerce.

This course deals with one of the most popular private dispute resolution mechanisms in international business transactions. It provides an overview of topics such as the jurisdiction and formation of arbitral tribunals, the procedural and substantive law applicable to arbitration proceedings and to the merits of the dispute, interim measures, challenges to the arbitration awards, and recognition of foreign awards. The emphasis will be on commercial arbitration under the UNCITRAL Model Law but with constant references to the most widely used arbitration rules and covering all aspects of the arbitration proceedings, from the drafting and enforcement of the arbitration agreement to the enforcement of the arbitration award. Students are expected to be able to apply the law and principles to real case study questions, as well as to hypothetical sets of facts presented by the lecturer in each class.

The course is designed to give LLB students knowledge about moot courting, to provide methodology of further skills improvement and excellence in oral skills, writing, reading and critical thinking, to motivate their involvement in the moot court community in the university. The course boosts students’ skills in talking, writing, and thinking. It uses methodologies specifically designed to train advocates and moot courters. It also gives a chance to join one or more than 20 internationally known and respectable law competitions – a fantastic way to start one’s career in international law.

This course introduces students to the substantive laws of the Eurasian Union, with comparative remarks to the European Union substantive law and references to the One Belt, One Road initiative. The course focuses on the following topics:  Eurasian Economic Union: history and institutions, trade regulation, competition, intellectual property, special regulatory regimes, ICTs and innovation, agriculture and energy, the EAUE, the EU and the OBOR.

In this course, students are introduced to comparative law as a method of legal enquiry. This course starts with an introduction to comparative law. Here, different methods and theories of comparative analysis will be analyzed. It follows a description of the main legal systems in the world and the reasons for their division in ‘legal families’. In particular, the course will focus on the common law tradition (distinguishing in particular the English model and the US model), the civil law tradition (with examples from the French, German, Italian, and Kazakh systems), and the Chinese system. The course explores, in a comparative fashion, the main legal traditions of the world. More specifically, it deals with the organization of power in the respective legal traditions, the sources of law and law-making techniques, the status and role of the judiciary, etc.

In international law and with the opening of the AIFC, the common law has become an important element of jurisprudence for any jurisdiction. This course will provide an introduction into this system of law. The primary focus may be on UK and US law in addition to examples from other common law jurisdictions.

There are many opportunities for merit-based scholarships for Kazakhstani and international students.
While studying at KIMEP University, students may also apply for part-time positions available on the University campus.
Contact the Office of Financial Aid, if you would like to apply for scholarship. 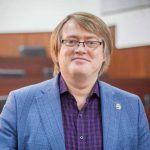 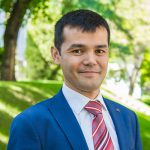 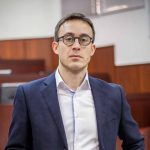 Assistant – Professor, PhD, Research Director of the School of Law 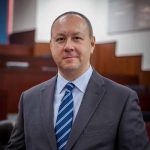 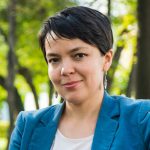 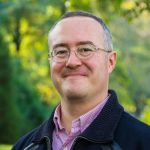 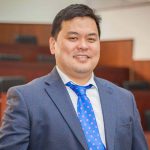 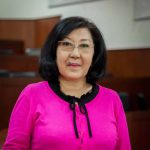 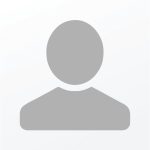 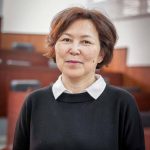